The Tiwi girl with the whole world at her feet 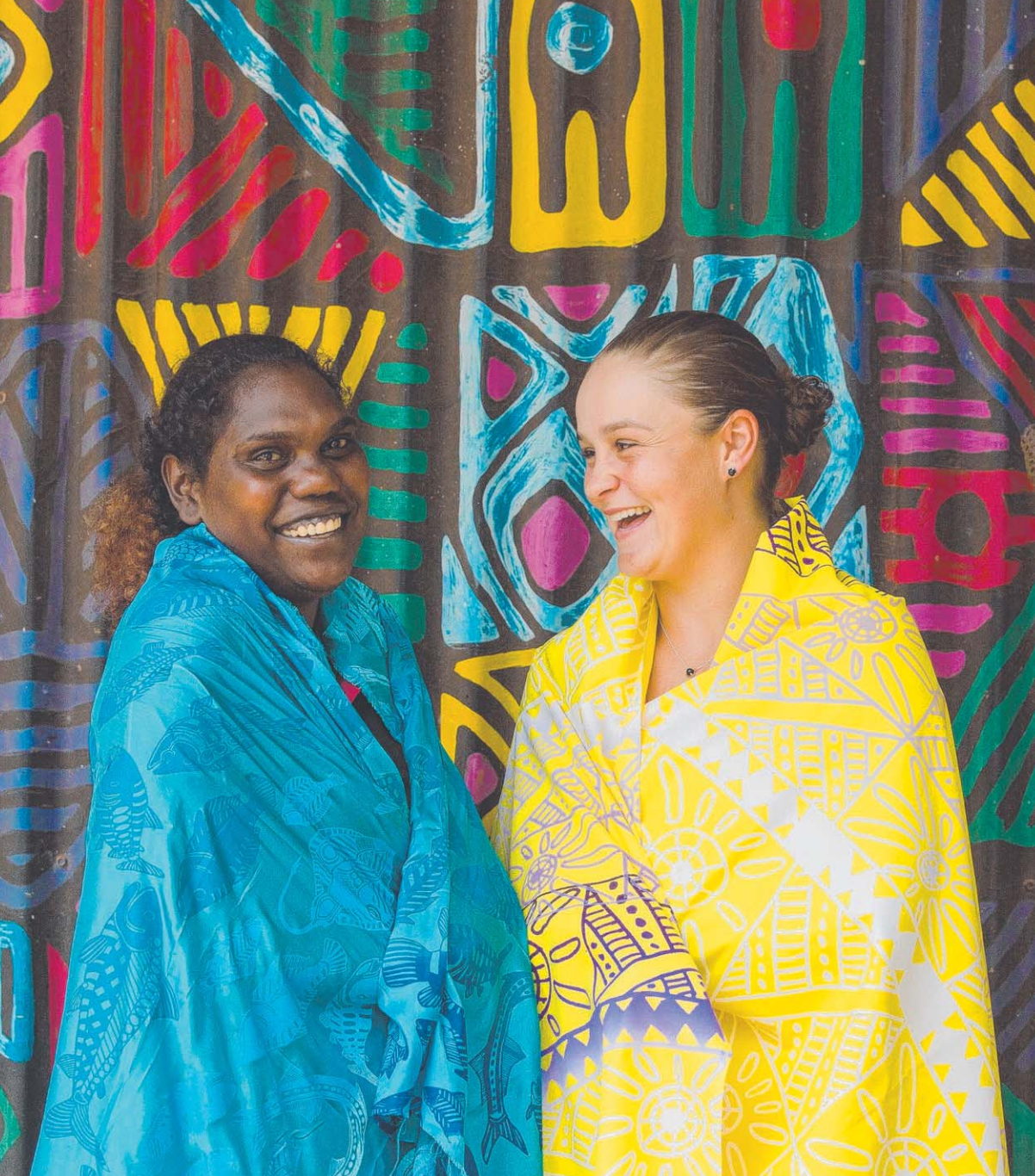 THE Territory’s Tarlina Tip-ungwuti has the genes of an AFL star, the backing of an Aussie tennis legend and a big decision on her hands. The rising star grew up in the Tiwi Islands as the niece of Essendon cult figure Anthony McDonald-Tipungwuti. She dreams of one day following in his footsteps by moving to Melbourne to play footy for the Bombers once Essendon lands an AFLW team. But she is also a prodigious tennis talent, spotted by Evonne Goolagong Cawley as a child and mentored by the Grand Slam great for a career on-court. Soon she will have to decide what comes first — footy or tennis — but for now is content starring in both sports.

“We’ve got pretty good sporting genes,’’ she said. “If they made an Essendon woman’s team I would definitely love to go and play for them. It would be special because uncle and I grew up together and we were very close as kids.’’ The Tipungwuti name is well known among Tiwi folk, from the talented artists producing traditional paintings to the sublimely skilled footballers with pace and talent to burn. But Tarlina, who moved to Canberra to play football and tennis several years ago, wants her island home to become a breeding ground for Aussie tennis aces too.

So she is dividing her time between our national capital and the Northern Territory to help coach promising youngsters in the hope more indigenous Aussies can serve their way to the top. The Sunday Territorian was there as Tipungwuti showed one ofher heroes, Aussie tennis star Ashleigh Barty, around the community of Wurrumiyanga on Bathurst Island, 80km north of Darwin. Barty, Australia’s top-ranked player, was yesterday unveiled as Tennis Australia’s national indigenous ambassador and said she was humbled by the role. “I’m proud of my indigenous heritage,’’ she said. “I’m a proud Aboriginal woman.’’

Barty, ranked 18thin the world, hopes to encourage more indigenous kids to pick up a racquet as well as a footy. “Footy is a massive part of their culture but hopefully we can bring a little bit more awareness of tennis to some of these communities,’’ she said.

Tipungwuti said the mere fact Barty had taken time out of her busy schedule to visit the Tiwis for the first time, taking in the culture and customs, would make an impact. “She is a great ambassador, not just for indigenous people, but for all aspiring tennis players,’’ she said.