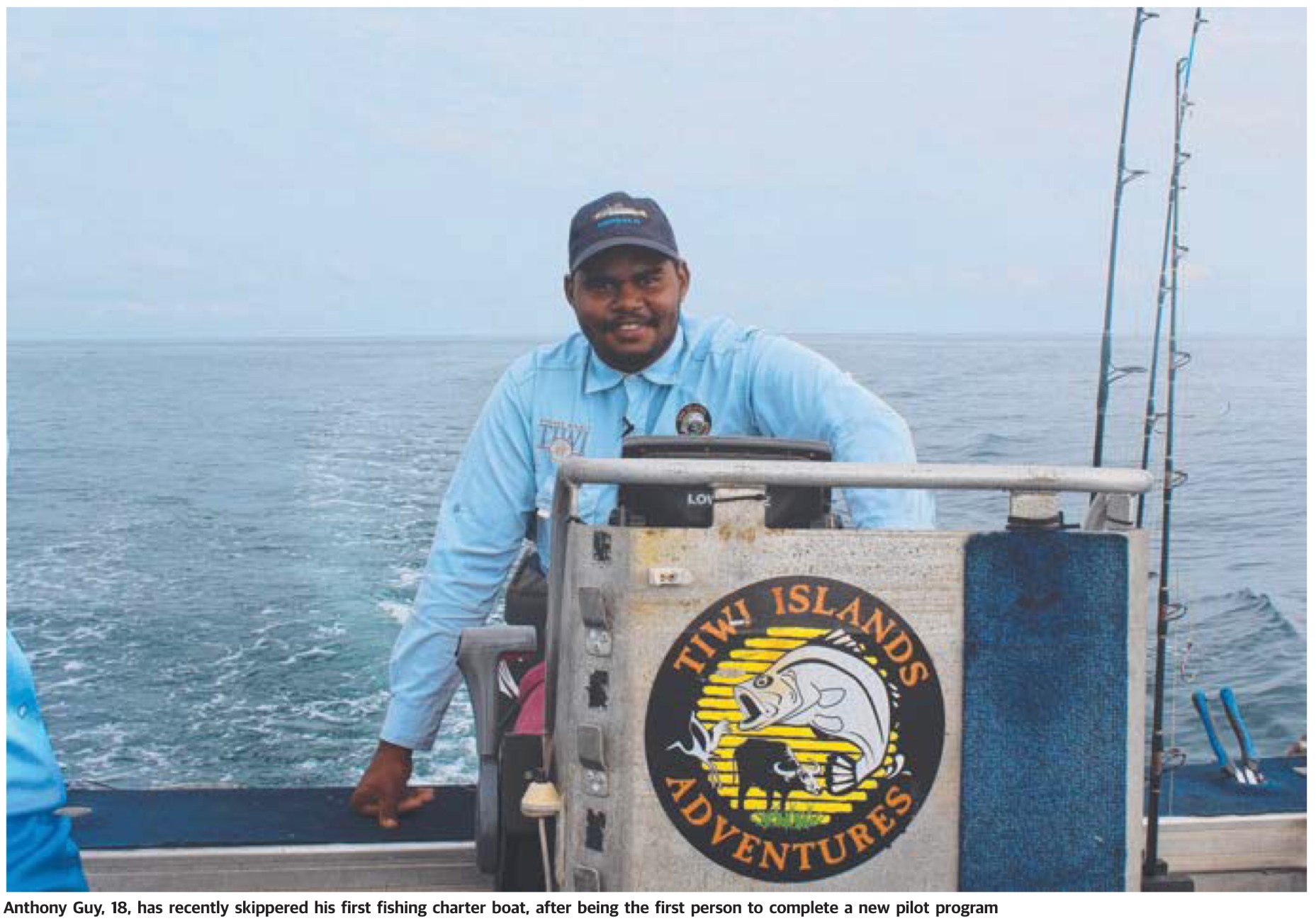 Anthony Guy, 18, said the best thing about his new job was showing guests where his country was — including the reef, turtles, where he went hunting “If I didn’t get a job here, I would probably go in to Darwin to find another job but I grew up here, and now, doing this, I reckon I’ll stay here for my whole life,” he said.

The NT Government provided a $35,000 grant to Top End fishing charter company Tiwi Island Adventures to support the pilot program, a new partnership between the company and Tiwi College to create employment pathways for young Aboriginal people on the islands. Tiwi Islands Adventures general manager Garry Cross the company wouldn’t have been able to hire Anthony full time without the grant.

“The support from the NT Government has enabled Tiwi Island Adventures employ Anthony in a full-time position to continue his training and attend all the relevant external courses required for him to successfully complete his Maritime Coxswain Authority,” he said.

“The license now enables him to operate as a guide or a skipper of a vessel anywhere in Australia.”

The funding was part of the Gunner Government’s Aboriginal Employment Program, an NT Government initiative supporting employers, industry and not-for-profit organisations to provide job and training opportunities for Aboriginal Territorians.

Anthony Guy, 18, took up a full-time position with Tiwi Island Adventures in February after beginning with the Tiwi Junior Guide Program while still at school.

Arafura MLA Lawrence Costa said partnerships such as this offered Tiwi Islanders opportunities to stay on country with their families, while gaining the skills which led them to enduring employment.